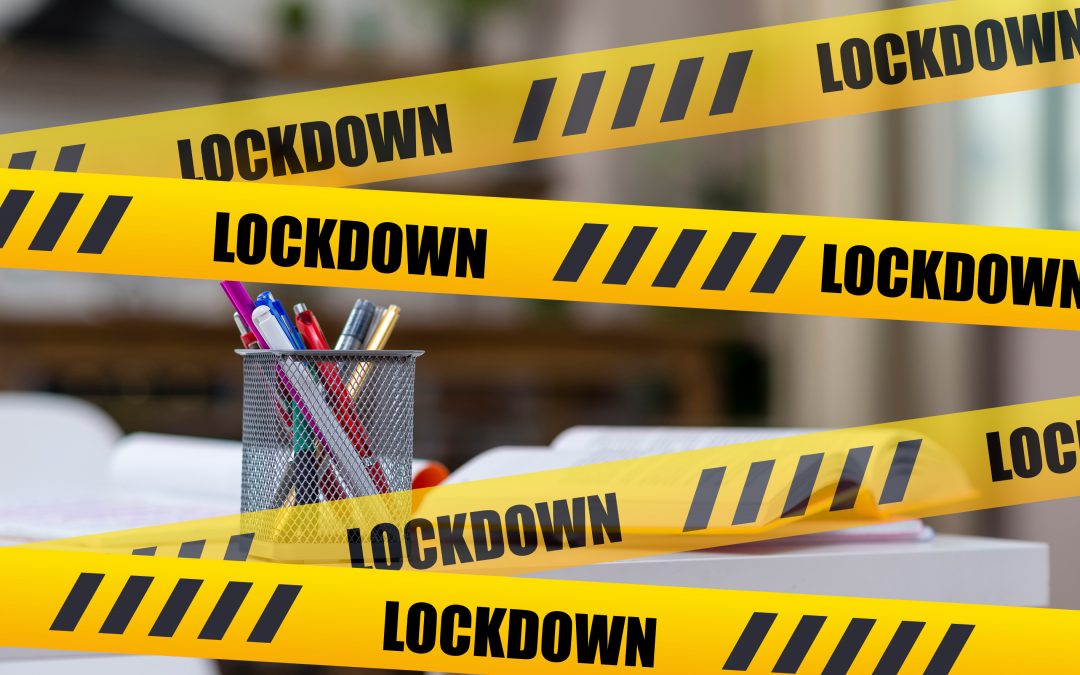 I am a fifty-one year-old ex-high school teacher with twenty years’ experience and have two lively boys aged fifteen and seven at home. The weekend before lockdown was officially announced I contemplated anxiously the idea of an unknown many weeks at home with my wife and kids. The thought of planning a structured timetable of work, factoring in all the variables of KS2 literacy and numeracy and KS4 google classroom, GCSE bitesize, blah blah blah, quite honestly blew my brain. I wasn’t looking forward to it and didn’t know where to start. Instinctively though, what I did know, with my kids, was that hitting the ground running Monday morning with a military style ice cold shower, luke warm porridge, semi-colon workshops and one hundred press ups outside in the early morning frost wasn’t going to work!! Why would it? What are they doing it for now I thought? -they are not in school. That regime and structure was no longer the case in this unprecedented time where new rules needed to be made and, in the home, they needed to be made by my wife and me.

We knew regime without purpose wasn’t going to work for our kids, especially our eldest and we are not the type of parents who have the energy to dictate and be constantly two steps ahead of them. My kids, as I do, need to buy into a bigger picture. Gemma and I knew we needed to build up some ‘credits’, earn their trust and that would not have worked by diving straight in sergeant major style. They needed to know and see the need for their new purpose, their new why?

My best PE lessons have come from chucking 30 boys a football and letting them play, bring them in after about 10 minutes and ask them what happened. This is now called ‘games for understating approach’ on teacher training courses. You get a variety of responses from, ‘It was crap’ to ‘No one is passing the ball’ to ‘I totally hated it’ to ‘I was great and did you see my goal?’

Or in an English classroom where my wife, Gemma (who is also a teacher), would say, ‘Let’s write a story today entitled ‘Fun’. Off they would go, full of enthusiasm because they know loads about fun, but within minutes enthusiasm dwindles because they can’t write about it as they don’t have a structure and the skills needed to create the story.

The point is, do you believe in giving structure first i.e. lessons in skills, dribbling, defending or lessons in paragraphs, adjectives, alliteration, or semi-colons or do you just let them do it, fail and then question why it is not working and come up with a plan?

So basically, I decided to trust my instincts, have no plan, sit tight and observe. I recognised also that not just my children, but my wife and I needed time to adjust to this unprecedented time, especially with the thought that we could be doing this for the next six months.

So, the first Monday came and we chucked the metaphorical ‘ball’ at them and let them to get on with it. To cut a long story short and I’m pretty sure a similar version of events was the case in many homes , we spent the first week AWOL; teeth uncleaned, Haribo ingested by the barrel full, twelve hour stints on Fortnite, days spent in pyjamas and a teenager turning nocturnal. This continued into the second week: AWOL, dirty, even more grumpy, hangry, meltdowns and bickering. Even Kirsty Williams, the education minister, was now saying give up on home schooling (we hadn’t even started), advice most parents had already realised. However, in our house, something had to give, we had to find our purpose and start ‘home – schooling!’

So, week three started with a series of family ‘negotiation’ meetings where Gemma and I chose optimum moments from our observations to start asking questions and planting some seeds. As we talked to our pale, over-slept, under-nourished fifteen year old, who grunted, ‘What’s the point?’ or to our trigger-happy Haribo-high seven year old who had just completed twenty seven thousand kills on Fortnite and was standing there in his stinking dirty Fire Man Sam pyjamas, we knew there was some work to be done. The family ‘negotiation’ meetings developed into Cobra meetings as we set about shifting the goal posts to get back to some sort of normality. By Sunday, we had come up with a mutually agreed plan.

The plan had times, activities, goals, and rewards with specific chunks of free time. The timing of the schoolwork sessions was based on the attention spans of our children – starting with five nano seconds! Our activities needed to be varied, interesting and relevant to what they liked doing and to their school learning. To start with we knew the targets had to be easily achievable in order to promote success and build confidence.

We have just completed this first week of ‘home – schooling plan,’ week four, and whilst there have been lots of drawbacks –  targets not met, missed sessions, wrongly pitched activities and tasks and that horrible sense of failure when you look over a day and aren’t satisfied with production levels, there have, however, been plenty of positives – getting out of bed before midday, reduced intake of Haribo and cleaned teeth once a day! Joking aside, we did dwell on these small achievements and improvements to begin with (they were all we had!!) and we used the early positives, that we pointed out to the kids, and built upon our plan together, to go forward. We are all learning to be a bit more patient and a good teacher, one that survives, thrives, and continues to learn, needs to be flexible as well and not frightened to change what doesn’t work. It is not a failure; it is a huge strength.

So ‘Lockdow has taught me to follow my instincts as a parent and as a teacher and do what I have always believed in – ‘chuck them the ball’. My good friend and amazing PE teacher, Mark Crozier, always said, ‘Give them what they want until they are prepared to give you what you want’. This approach is built on trust and developing relationships. The transition is gradual and takes time – time where you ‘earn credits.’ And it doesn’t always look ordered, controlled or pretty! But, by allowing some freedom, negotiating what needs to be learnt, selling them the bigger picture first, you will hopefully empower them and create an element of intrinsic motivation. Real learning hurts and involves failures and unless you feel safe to try and are intrinsically motivated, why would you bother?

The trouble is, I suppose, as teachers, those in charge, we naturally need, are comforted and anxiety-soothed by a planned ‘5 Point Exit Plan’. We want a ‘what happens when chaos ensues, or the first idea doesn’t work plan?’ Over the years, we have been expected to have all the answers, all bases covered, considered, and thought about just in case. We have been beaten into believing that only a belt and braces, risk assessment on the risk assessment approach must be adhered to and is paramount, even before value, fun and joy. This could be summed up by the restrictive nature of the old national curriculum which the new curriculum is trying to redress. This way of schooling and learning has prevented organic growth and the development of confidence to see where things could end up, where they could flourish.

I believe if you have proven and trusted relationships you can be privileged enough, with kids, to go on that ‘risky – assessment’, off-piste journey together because your goal and purpose is shared, explicit and desired. You must start with the ‘Why’, they must have a ‘Purpose’ and it is only then that you can develop a ‘growth mindset’ where they are motivated to learn, happy, safe and prepared to make mistakes and have the resilience to keep going. Out of this strange time, we hope our boys like us and each other more, but also that they have come to or started to really appreciate the need for structure in life and have become a little bit more resilient.