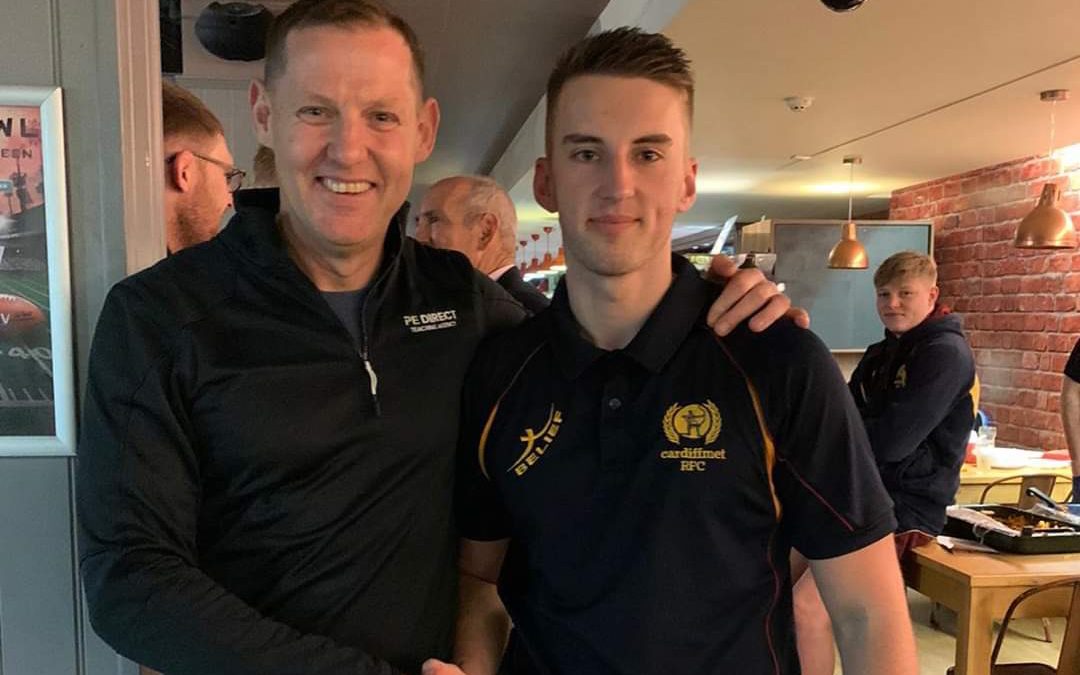 It was a huge honour to sponsor the match ball for Cardiff Met v Cross Keys. PE Direct were proud to award Evan Lloyd the man of the match award. Like all great players, Evan stood out as he appeared to have so much time on the ball and never looked rushed. A very classy performance at fly half which controlled the game and saw them eventual winners. Well done Evan!